Open almost any psychology textbook and you’ll be told that disgust is an evolved, hardwired emotion adapted to help all humans avoid pathogens and parasites. You’ll be shown the universal face of disgust – the ‘gape face’. The book will probably cite Darwin, who in his 1872 book, The Expression of the Emotions in Man and Animals described disgust as a sensation that

refers to something revolting, primarily in relation to the sense of taste, as actually perceived or vividly imagined; and secondarily to anything which causes a similar feeling, through the sense of smell, touch, and even of eyesight.

Listen to a short podcast about disgust 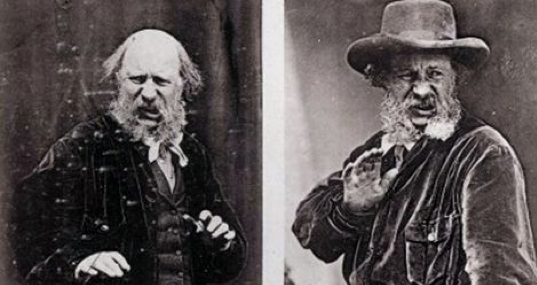 That is a difficult point to refute – surely feeling ‘yuck’ when tasting, smelling, touching or even seeing a rotten apple stops us from eating them, and in so doing it stops us from dying from the nasties they might contain.

Some researchers, such as Paul Rozin, have gone further to claim that there are certain universal triggers of disgust almost all of which have animal or food origins – faeces, vomit, rotting flesh and fruit, and so on. It would seem, then, that science has declared the sensation of disgust a universal caused by anything we might eat that can harm us, and that makes perfect sense.

As with so many ideas that seem to make sense, however, the rot appears when you poke a bit harder. First of all, as any parent will tell you, babies sometimes play with poo and will put anything in their mouths. The inability of babies and young children to be affected by these ‘universal’ triggers is one that Rozin acknowledges. He believes there’s an evolved mechanism that kicks in when the child is old enough to need it – presumably when that child is old enough to find their own food. This matches experiments showing that children can’t recognise the difference between the gape face and an angry face until they are about eight years old. Of course, splitting nature form nurture at this age is all but impossible.

Another problem is that one culture’s revolting food is not another’s revolting food. Try eating Surströmming, a Swedish fermented herring dish, or the Sardinian cheese Casu marzu that contains live maggots, or dine with the Sadians on fresh, warm, excrement-filled intestines. Two thirds of the population of the Earth can’t even bring themselves to eat any of the highly nutritional, environmentally friendly, and surprisingly tasty insect varieties that the other third eat every day.

Nevertheless, maybe a certain feeling of revulsion is universal, maybe it does protect us from disease and parasites even if it can be tuned by culture. But even such a feeling does exist in all cultures, does that make disgust a universal emotion?

Casu marzu cheese. If you look closely, you can see the live maggots.

There’s a moral element to disgust which goes beyond visceral revulsion. Darwin believed that ‘extreme contempt, or as it is sometimes called ‘loathing contempt’, hardly differed from disgust’ and the idea that moral disgust evolved alongside physical disgust persists in modern psychology. Valerie Curtis explains the link by suggesting that unusual behaviours trigger sensations of disgust because, to our ancestors, such behaviours meant that individual was probably infested with pathogens or parasites. But there may be another explanation that history can provide us with.

It’s important to realise that the English word ‘disgust’ doesn’t have direct equivalents in most other languages. For example, as the linguist Anna Wierzbicka has pointed out, the German word often translated as disgust – Ekel – means a movement away from something unpleasant rather than a feeling of revulsion to food. The same is true of most other languages and, at one time, even English. 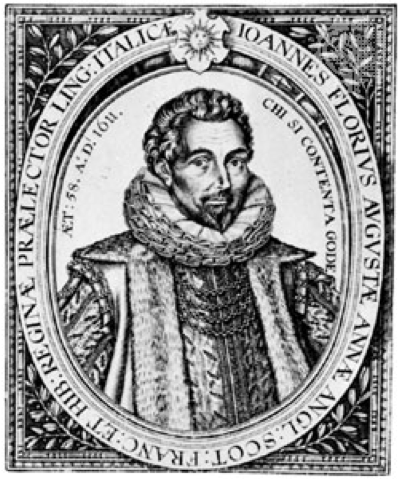 John Florio: the man who gave us ‘disgust’

When John Florio – one of history’s most enthusiastic inventors of English words – chose to use the word ‘disgust’ in his translation of the Italian ‘Sgusto’, he wasn’t describing an emotion. The word ‘disgust’ spent the first century or so of its life referring mostly to things that tasted bad or that would cause displeasure, not to the feelings they produced.

That doesn’t necessarily mean that no one felt anything similar to physical and moral disgust.  Passions that contained many disgust-like elements were described as the opposite of ‘desire’ and included ‘aversion’ (a need to move away from something), ‘abomination’ (the avoidance of sin and sinners), and the middle English sensation of ‘wlatsomnes’ (nausea).

These disgust-like passions started to become part of a new concept of ‘disgust’ in the seventeenth and eighteenth centuries, when a group of English-speaking philosophers, including the third Earl of Shaftesbury, Francis Hutcheson and David Hume, began to use the word ‘disgust’ to describe the distasteful and unpleasant.

When these authors spoke about poor aesthetic taste, they were also talking about morality. The language used in their works on taste fairly closely match the language they used in their moral essays. Good taste and good morals, they believed, had a close relationship. These writers were extremely influential and their particular usage of ‘disgust’ was quickly absorbed into the English language. So quickly, in fact, that it took just 44 years from Shaftesbury’s use of ‘disgust’ in his 1711 work Characteristicks to the almost modern definition of disgust found in Samuel Johnson’s 1755 Dictionary.

By 1755, disgust as the opposite of pleasure, had begun to replace those earlier opposites of desire. A word used to describe the physical feelings associated with food had become part of the moral landscape. The sensation of disgust caused by the physical danger of pathogen contamination might well be evolved, but the moral element is yet another thing we can blame on the Enlightenment.