‘There is no English word for Schadenfreude,’ wrote a reporter in The Spectator in 1926, ‘because there is no such feeling here.’

That quote always gets a laugh. What culture could be more seeped in Schadenfreude – that illicit pleasure taken in other people’s misfortunes – than the English? ‘For what do we live but to make sport for our neighbours and laugh at them in our turn?’ wrote Jane Austen. Consider the glee of seeing Nigel Farage egged. Or the delicious satisfaction of watching the rich and beautiful go full-on Lord of the Flies in the Fyre Festival documentary.

Listen to a short podcast about schadenfreude

Whether a sly smile or triumphant gloating, many languages have a word for the joy taken in other’s misfortunes. The Danish speak of skadefryd, the Russians zloradstvo. In the 1500s, someone attempted to introduce ‘epicaricacy’ (from the ancient Greek Epichairekakia) into the English lexicon, but it didn’t catch on: in 1640, a perplexed Thomas Hobbes wrote of taking pleasure in a friend’s disappointment, and wondered ‘from what passion proceeded it…’ 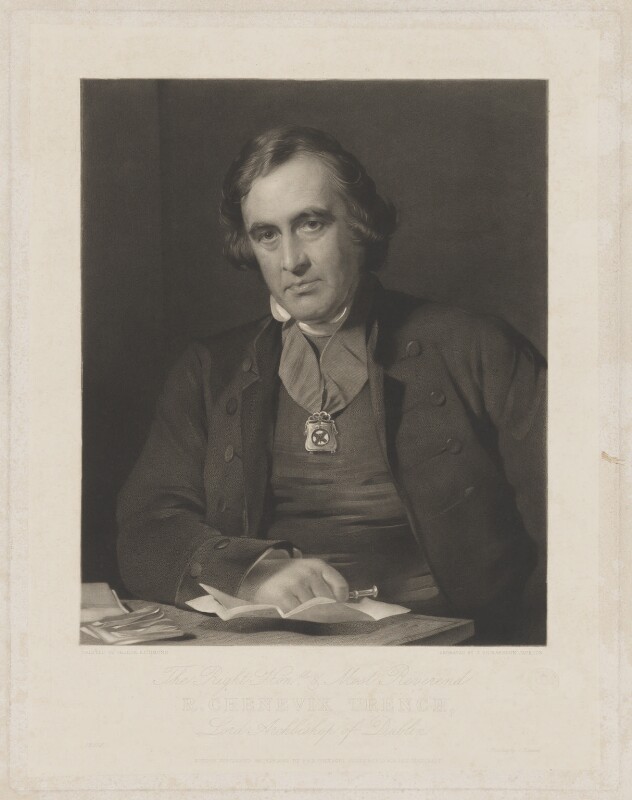 It wasn’t until the mid-nineteenth century that ‘Schadenfreude’ started appearing in English writing as a loan-word from the Germans. The Archbishop of Dublin, R. C. Trench is usually credited with popularising it – inadvertently, one can only assume – in his bestselling On The Study of Words, published in 1853. Trench called Schadenfreude ‘a linguistic token of sin’, ‘a mournful record of the strange wickednesses…of man’. However, many of his fellow Victorians seized on the word with that relief felt on discovering a name for some inchoate sensation that we’d feared was unique to us (remember discovering the acronym ‘FOMO’?).

In 1867, Thomas Carlyle, writing of the imminent passing of the Second Reform Act, relished the chaos he hoped it would cause: ‘have not I a kind of secret satisfaction, of the malicious or even of the judiciary kind (Schadenfreude – mischief-joy the Germans call it, but really it is justice-joy withal)’. A journalist writing for The Sheffield and Rotherham Independent described scenes of gloating among London physicians when their colleague Sir William Gull, who had pompously gone around claiming his abstemious diet would stop him getting sick, well, got ill: ‘There is a certain amount of what the Germans call ‘Schadenfreude’ at the accounts given of the illness of Sir William Gull… he is stricken with paralysis, hence the advocates of fuller diet and freer living go about blaspheming.’

Some Victorian usages of the word Schadenfreude are less recognizable to us today. In 1902, the feminist and anti-vivisectionist Frances Power Cobbe wrote a pamphlet called ‘Schadenfreude’ describing boys torturing stray cats for fun. She believed their pleasure (their ‘Schadenfreude’) was an evolutionary throw-back to our violent pasts. Today we would be more likely to call such cruelty ‘sadism’, a category introduced in 1886 by Krafft-Ebing. And while Cobbe saw Schadenfreude as violent, others connected it with female weakness, and linked it to spiteful gossiping and envy. As Max Scheler, a disciple of Nietzsche’s, put it in 1913, women were particularly susceptible to Schadenfreude because of their thwarted aggression: ‘she is the weaker and therefore the more vindictive sex.’

The mounting hostilities between Germany and England at the beginning of the twentieth century reframed Schadenfreude as evidence of the warped emotional life of the enemy. While only decades before British journalists were joking about and admitting their own malicious glee, a word-search for ‘Schadenfreude’ in English language newspapers between 1890-1950 returns only accusations of Germans feeling it. In The Morning Post on 13th April 1899, for example, following British losses in the colonies, German journalists were accused of ‘indulging unctuously in ‘Schadenfreude’ which is one of the less lovely characteristics of the Teutonic nation’. On 11th April 1916, The Birmingham Daily Post described the German press having ‘org[ies] of Schadenfreude’ at Allied defeats.

The Second World War intensified this othering of Schadenfreude, even pathologizing it as a sign of emotional inferiority. ‘Why are Germans Brutal?’ ran a headline in the Aberdeen Press and Journal on 4th December 1943, continuing ‘there is a German word Schadenfreude, which means enjoying other men’s suffering. There is no word for that in the English or French language…’. That the Germans have a word for Schadenfreude, opined a journalist in the Biggleswade Chronicle on 19th January 1945, is evidence of their ‘warped mentality’, in contrast to an English ‘lack of guile’. The Spectator journalist was not alone in asserting that English people, lacking a word for Schadenfreude, also lacked the feeling. But what might now seem feat of absurd self-delusion, was, for much of the first part of the twentieth century, a key emotional fault line in global politics. 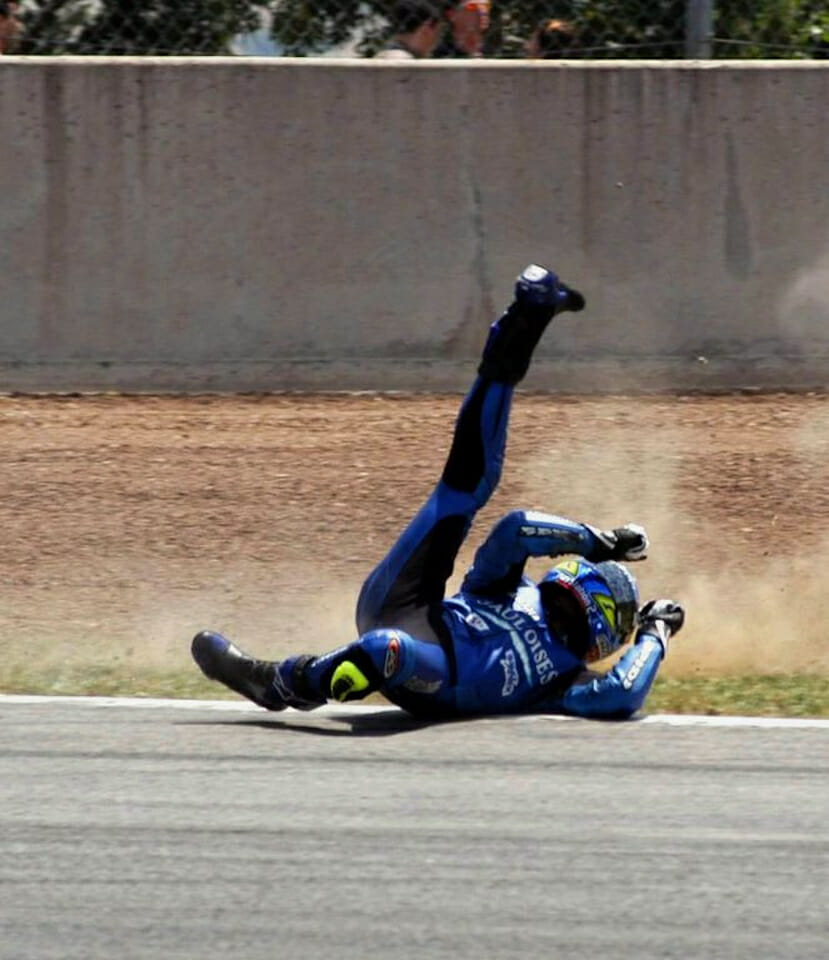 A motorcyclist falling during a race. Slips, trips, crashes and falls are a popular source of humour, particularly in the internet age – ‘fail’ videos regularly attract millions of views on YouTube.

In the last twenty years, Schadenfreude has come back into focus, with mentions of it in both popular and academic writing rising rapidly since 2000. We even hear that we live in a ‘Golden Age of Schadenfreude’, and no wonder, with our divisive politics, love of online fail videos, celebrity baiting and TV talent shows. There is plenty of hand-wringing. And scare-mongering – a recent and widely-reported journal article defined Schadenfreude and empathy as mutually exclusive emotions and claimed ‘Schadenfreude turns us into temporary psychopaths’. Perhaps those who fear the rise of Schadenfreude are the unwitting inheritors of early twentieth century pathologization of this emotion. Perhaps, too, they are stoked by our own age’s moral commitment to empathy. But perhaps we ought to beware this habit of linking Schadenfreude to a ‘warped mentality’ – not least, because the point when we demonize an emotion is exactly when we cease to understand it.