As with all emotions, romantic love is embodied; we feel it in our bodies. Falling in love in particular, is associated with a fluttering heart or a churning stomach. When we are hurt in love we talk of having our heart broken. Love is also deemed to have an obsessive quality and when we fall in love we describe ourselves as unable to focus our minds on anything other than the object of our desire. Modern neuroscience suggests that our brain releases a huge amount of dopamine (the pleasure hormone) when we look at the face of someone we are in love with.

Listen to a short podcast about love

Like all emotions, the way in which we understand and experience love, and desire, is shaped and conditioned by the social and cultural context in which we live, and that has changed over the centuries.

Some of the earliest writing we have on love is by the ancient Greek philosopher Plato. In The Symposium he described an idealised vision of love. Using the metaphor of a ladder he suggested that passionately loving another human could be transcendent, leading us upwards into ever greater levels of understanding and philosophical insight, taking us beyond the limits of mere human experience. Plato suggested that while physical desire was usually the starting point of love, that true love transformed into a deeper and pure spiritual love.

Aspects of Plato’s idealised view of love have re-emerged over the centuries, redeveloped in various guises, leading to our modern understanding of love. For example, in medieval Europe the troubadours developed the concept of courtly love which exalted love, and presented it as both sacred and self-sacrificing. 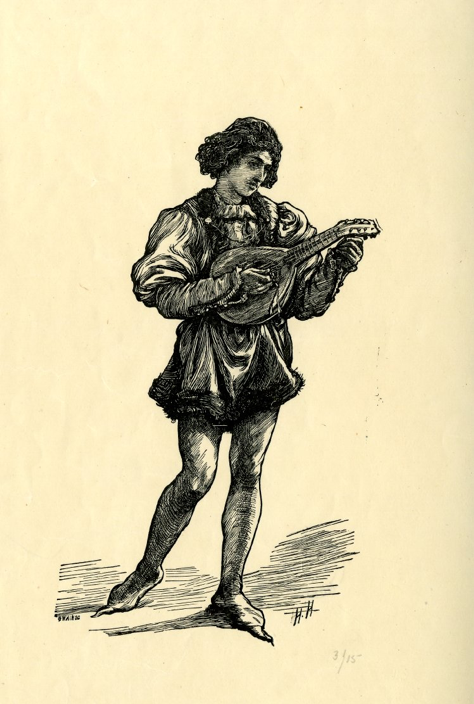 Wood engraving of a troubadour playing the lute. © Trustees of the British Museum

The Renaissance once again glorified love in idealised form in paintings and particularly in poetry. The most common form of love poetry was the sonnet in which a person would articulate their longing and personal desire for the object of their affection. From these writings,  a more modern understanding of romantic love began to emerge.

One way for us to see how ideas about love have changed over time is to look at the practices and rituals associated with it, along with the attempts to regulate it. One example of this is marriage, a practice which has changed considerably over time.

The wedding vows, as we understand them today, first emerged in the Book of Common Prayer, developed in the mid sixteenth century. A further significant moment was the Lord Hardwicke Act of 1753 which sought to increase the state’s involvement in regulating marriage and to clamp down on clandestine or illicit marriages.

The twentieth century in particular has seen significant changes in ideas and practices surrounding marriage. One change has been towards greater equality for men and women in marriage. Writers across the nineteenth century called for the reform of marriage as part of a wider project to improve women’s lives and to give women greater freedom, equality, and rights over their own property.

This new vision of marriage became known as ‘companionate’ marriage. In such a marriage, which has evolved from the eighteenth century onwards, men and women are treated as equals and friends; within such marriages, more recently, contraception has been possible so couples could decide to have no, or fewer, children; and both men and women could seek a divorce more easily. This was in contrast to a more traditional marriage where men had more rights than women, particularly around property and also divorce. Traditionally a woman became the property of her husband through marriage.

As the twentieth century progressed, the meaning and purpose of marriage continued to adapt. The idea of love began to take centre stage and became increasingly valued above all other factors in the choice to get married, likewise the idea of self-fulfilment became more important than social obligations or duty.

Some of our earliest writings on love, including Plato’s Symposium, described same-sex love. And of course, throughout the centuries people have loved people of the same sex and enjoyed love affairs as well as life-long partnerships together. For example, shown below is an image of Vera Holme (1881-1969), actress, suffragette and ambulance driver with her long-term partner, Margaret Greenlees. They set up home together in 1922, after meeting in Serbia following the First World War, and lived together until Margaret Greenlees’ death in 1952. 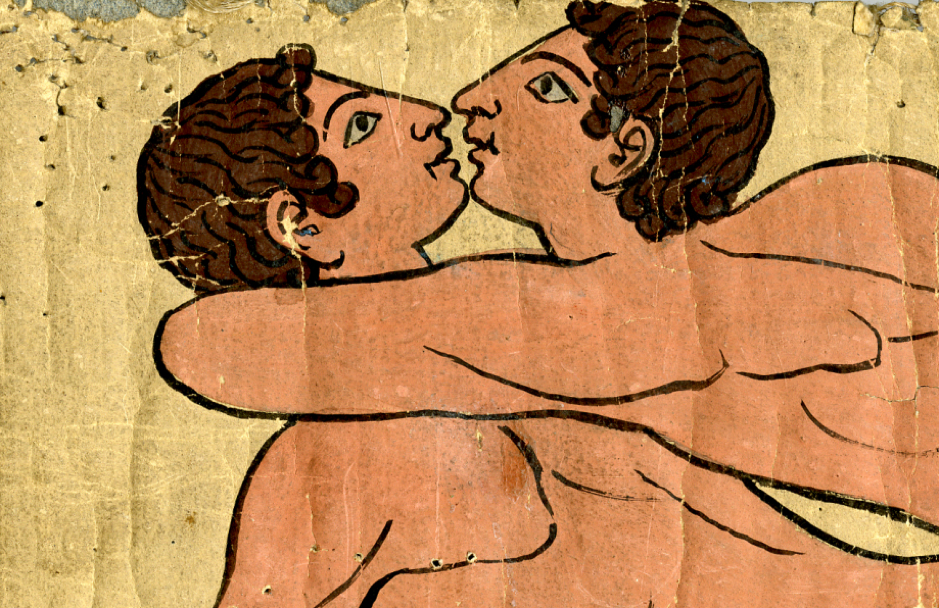 Detail from a wall-painting from the Tomba delle Bighe (Tomb of the Chariots), Tarquinia, reproduced in a 19th-century copy. © Trustees of the British Museum 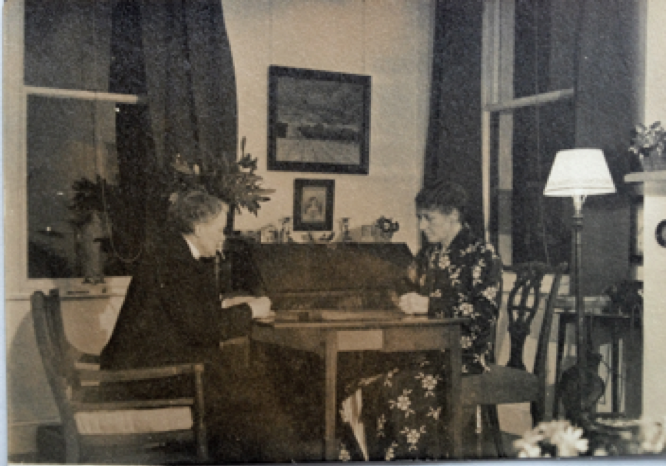 Vera Holme (left) with her partner Margaret Greenlees in Scotland in the 1930s. Image from the Women’s Library collection, LSE Library.

Although same-sex marriage only became legal, and possible, in the UK in 2013, men and women in same-sex partnerships have created their own rites and rituals to consolidate their feelings for one another. If you listen to our podcast about romantic love, you can hear about the significance of gifts exchanged between women in love affairs with one another in the first half of the twentieth century.  Although in some countries romantic love between people of the same sex is recognised and celebrated, in many places in the world people are still not free to choose who they love or marry.

What will love mean in the future, in say 50 or 100 years’ time? How far will increasing expansion of the digital world, and increasingly sophisticated AI, change the future of love? All we can do is speculate. We already have apps which offer us a simulation of falling in love through providing digital intimacy with an invented human. And the growing evolution of sex robots means that perhaps falling in love with a robot, at least in some forms, may be on the not too distant horizon.