Unlike most of the other subjects explored at The Emotions Lab, tears are not really an emotion. They are bodily expressions rather than mental feelings, but they are so central to what we think of as being ‘emotional’ – indeed when people cry in public that is quite often reported as being ‘visibly emotional’ – that we thought they deserved their own page here.

Tears bring out some of the reasons why human emotions are so fascinating, and also quite mysterious. They show how our minds and bodies can come together in surprising ways. Why should it be that certain thoughts or ideas make salty water come out of our eyes, and make us sob or cry out in mental pain? Are tears mere bodily excretions – not much better than urine or sweat – or is a tear, as the mystical artist and poet William Blake put it, ‘an intellectual thing’? 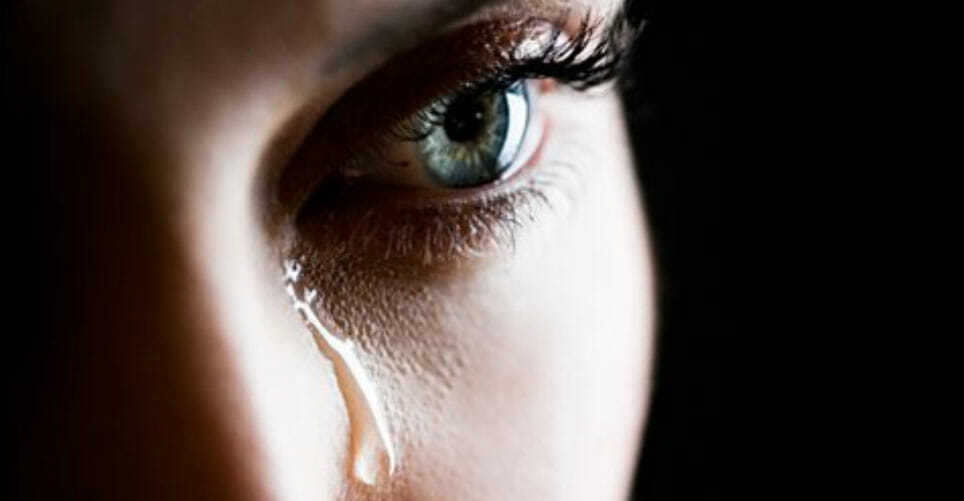 Ever since the modern science of emotions got under way in earnest in the nineteenth century, theorists have been puzzled by tears. What are they for? What do they mean? Although tears and weeping are closely associated with sadness, Charles Darwin noted that tears could be produced under the influence of quite opposite emotions – happy ones as well as sad ones – and also under the influence of no emotion at all – for instance when we yawn or slice onions.

Sigmund Freud and his modern successors in psychoanalytic thought have also struggled to make sense of tears. Some see them as a physical embodiment of traumatic emotions being expelled from the body – and so potentially healthy – but others have interpreted crying as repressed, regressive, hysterical or pathological. Another influential modern theory of crying has been that when we shed tears we expel stress hormones or other toxins, but more recently scientists have shed doubt on that claim. So tears, remain something of a mystery. Even though we know, for instance, that women in most parts of the world cry more than men, it is not clear if that is for biological reasons or whether it represents a strong cultural tradition of associating tears with women.

Looking further back into history one of the most striking facts about tears is how important they have been in religious practice and religious culture. In Christianity, tears were seen as an appropriate and pious response to the story of the crucifixion and death of Christ and the figure of the pieta – the mourning mother of Jesus, Mary, sometimes cradling his dead body – was a widespread object of medieval devotion. Historians have written about the practice of ‘affective meditation’ in which people learned how to have the right emotions in response to this kind of religious art.

For some medieval mystics, the ‘gift of tears’, as it was sometimes known, could be quite extreme. Margery Kempe, a brewer, mother, and mystic living in King’s Lynn in the fifteenth century, was the author of the earliest surviving autobiography in English. It includes vivid accounts of her sobbing, wailing, and weeping, as part of her intense religious experiences – both in sorrow for the sins of herself and others but also in joy at her sense of the beauty and goodness of God and heaven. 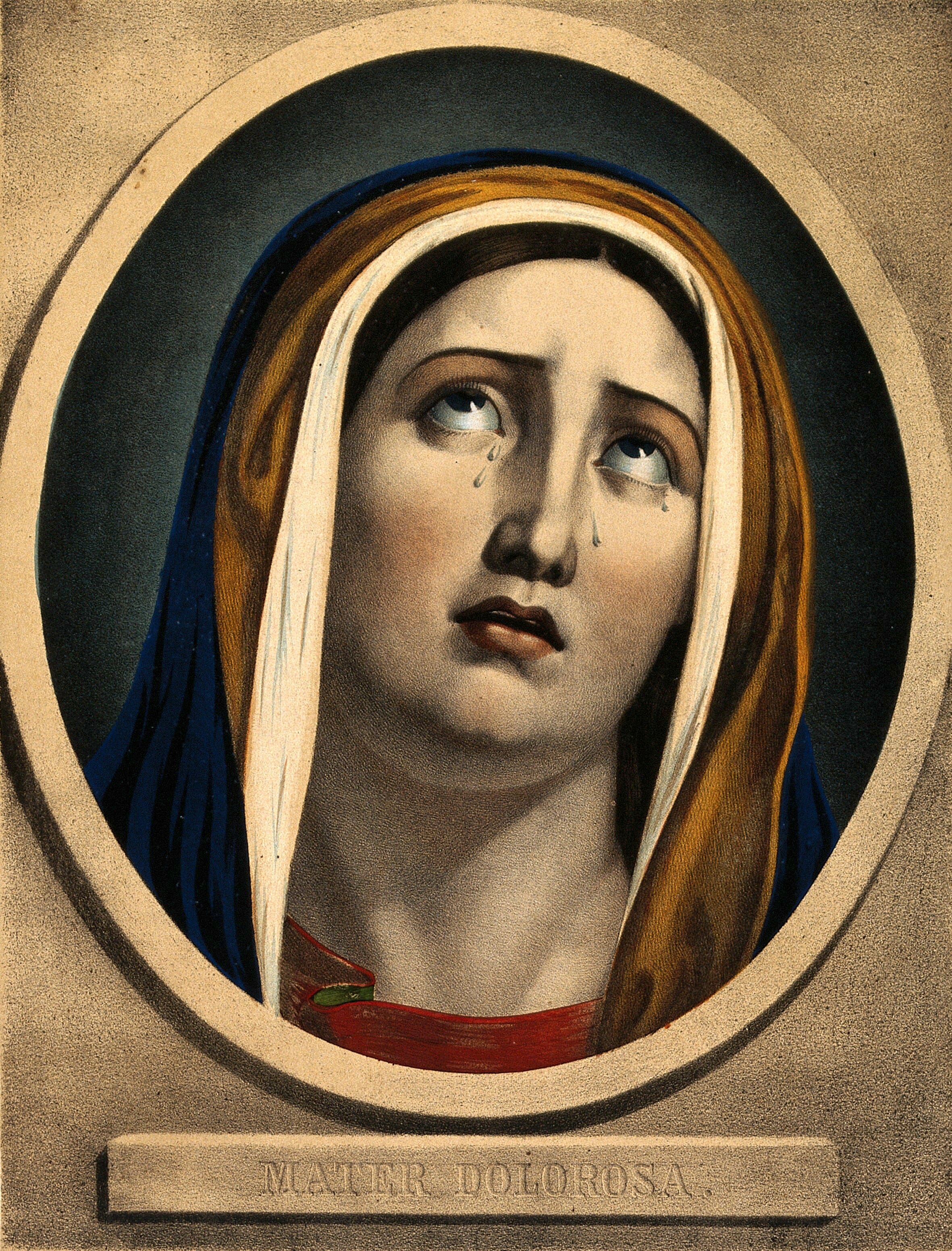 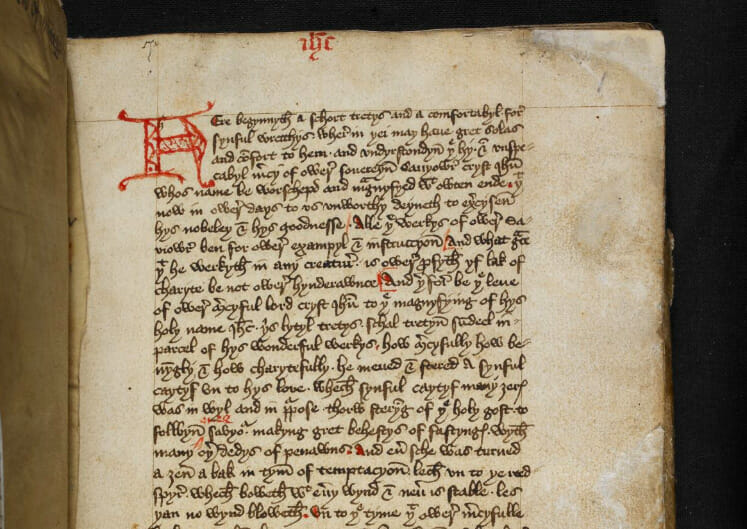 One of the pages of The Book of Margery Kempe (The British Library).

A couple of centuries after Margery’s time, tears became controversial during the wars of religion and the Reformation that wracked European nations in the sixteenth and seventeenth centuries. Weeping had been central to Catholic religion, as the emotional style of Margery and others demonstrated, including shedding tears of mourning over the dead. Protestant reformers, though, were more sceptical of the power and value of tears and were more inclined to weep in private for their sins than in public over the dead. Theologically, some thought it displayed doubts about the power and justice of God to weep over the faithful departed.

On the other hand, the shortest verse in the Bible – and one of the most famous – reported that ‘Jesus wept’ (John 11:35) over the grave of his friend Lazarus, before raising him from the dead, and so, in the seventeenth century, poets, preachers, playwrights, and others continued to explore the positive meaning and value of tears. The poet and Church of England clergyman John Donne preached a notable sermon on the text ‘Jesus Wept’ in 1623, and the topic was also explored by his fellow Anglican George Herbert in his poem ‘Grief’, and in a devotional work by John Featley, entitled A Fountain of Teares (1646). Tears continued to flow, of course, both on the stage and in the audience of theatres, where tragedies and comedies could both produce tearful responses, including in Shakespeare’s first tragedy, Titus Andronicus.

In today’s much more secular world, while we still might marvel at the mysterious meaningfulness of tears, we may have forgotten some of the deeper-seated reasons – sometimes religious, sometimes philosophical, and sometimes political – why our ancestors valued but also worried about their tears. That’s where historians of emotions can help and, on this topic, there is still much more to be discovered. 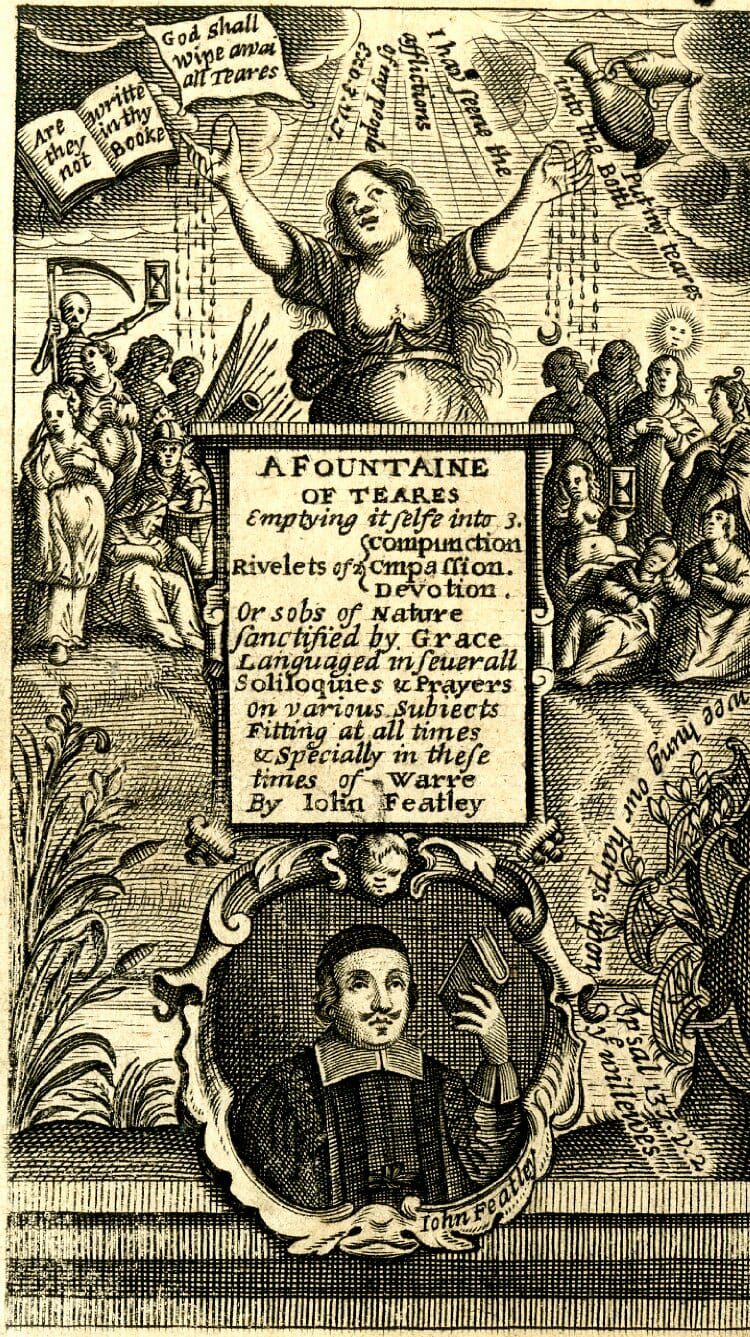