Thomas Carlyle’s words, written almost two centuries ago, express a criticism of the prophets of happiness that still sounds relevant today.  All too often, as history has shown, promises of happiness are left unfulfilled.  Even within the field of the history of emotions, happiness and its myriad cognates – among them joy and contentment – have, until recently, suffered from a relative neglect.  As such, the story of happiness still resides largely within the domain of intellectual history, as part of the story of a sequence of philosophical systems.

Listen to a short podcast about happiness

There are few histories of the post-Enlightenment world which would not accord happiness a central place.  The notion that, in Thomas Jefferson’s words, ‘life, liberty and the pursuit of happiness’ reside within us all as inalienable rights is woven into the very fabric of modernity itself. So, happiness seems impossible to attain and hard to define, and yet central to modern life and thought. How can we account for this paradox?

Beneath the veneer of that simple word ‘happiness’ there lies a constellation of meanings, some complimentary, some contradictory.  When we talk of ‘happiness’ we can never quite be sure, without first establishing our terms, that any two people mean quite the same thing. That this is so is itself partly the consequence of the linguistic history of the term ‘happiness’.

Derived from ‘hap’, the Old English and Norse term for chance or luck, the first meaning of ‘happiness’ was simply good fortune or the favourable action of fate. It was only in the sixteenth century, under the influence of Renaissance humanism, that ‘happiness’ became the omnivorous, catch-all term with which we are familiar today, encompassing all kinds of pleasures, satisfactions, and positive emotions, beyond the idea of mere good luck. 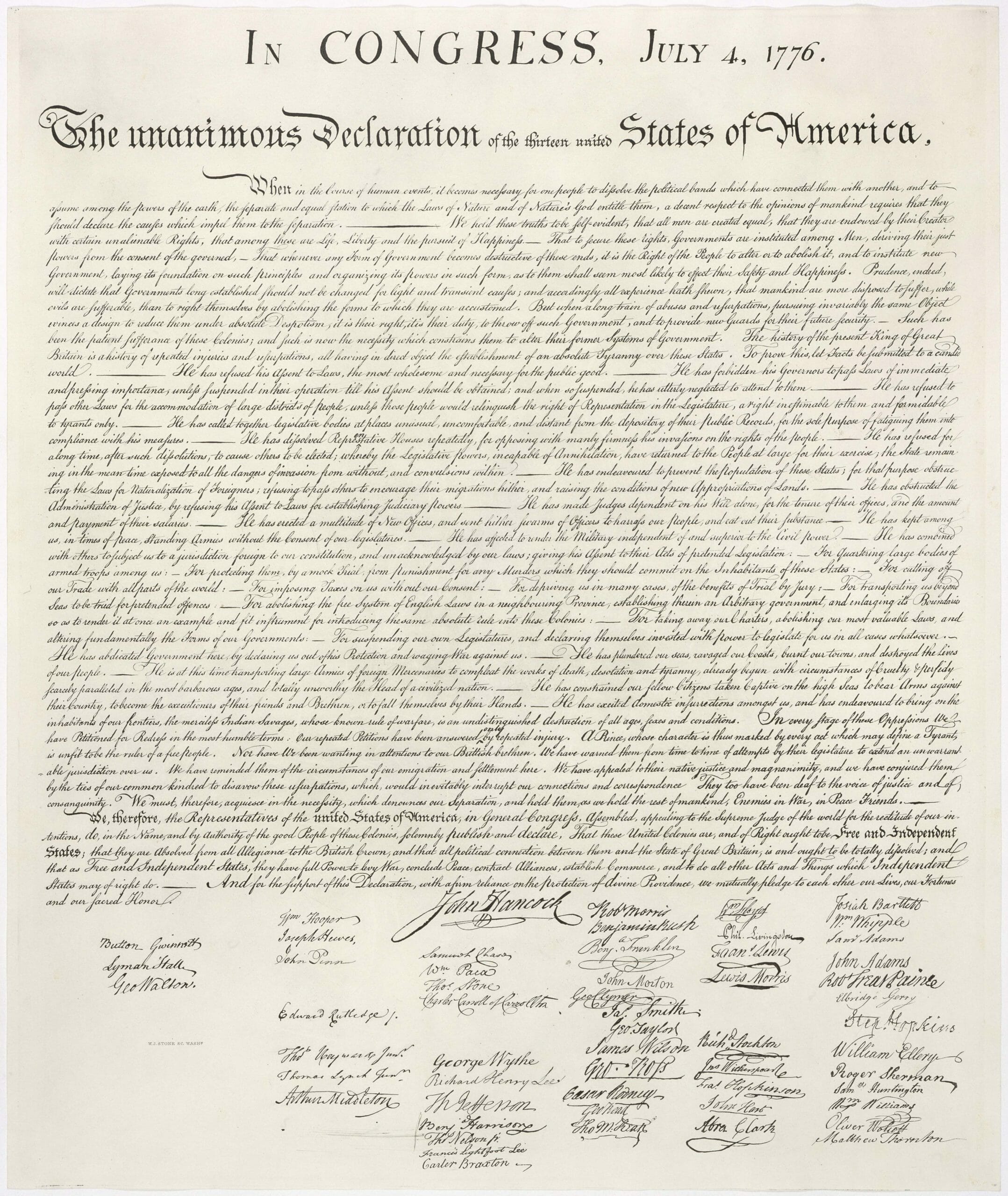 The Declaration of Independence, drafted by Thomas Jefferson and signed by representatives of the thirteen colonies, enshrined ‘Life, liberty and the pursuit of happiness’ in the political foundations of the United States of America.

Modern ‘happiness’ has absorbed within itself a number of previously distinct traditions.  First among these was that deriving from the classical world, and later reformulated in Judeo-Christian thought, identifying happiness with the achievement of a virtuous and full life. This form of eudaimonic happiness – from the ancient Greek eu (good) and daimon (spirit) – remains with us still, in contemporary notions of ‘flourishing’ or self-realisation. At the same time, happiness also took within itself later traditions of worldly prosperity and contentment – of the happy or blessed life, preceding the heavenly joys of the next. And it came too, at length, to stand proxy for the more commonplace and hedonistic satisfactions of everyday life, for the consolation and comfort to be found in those ‘pleasant things’ that Carlyle had imagined the people clamouring for. 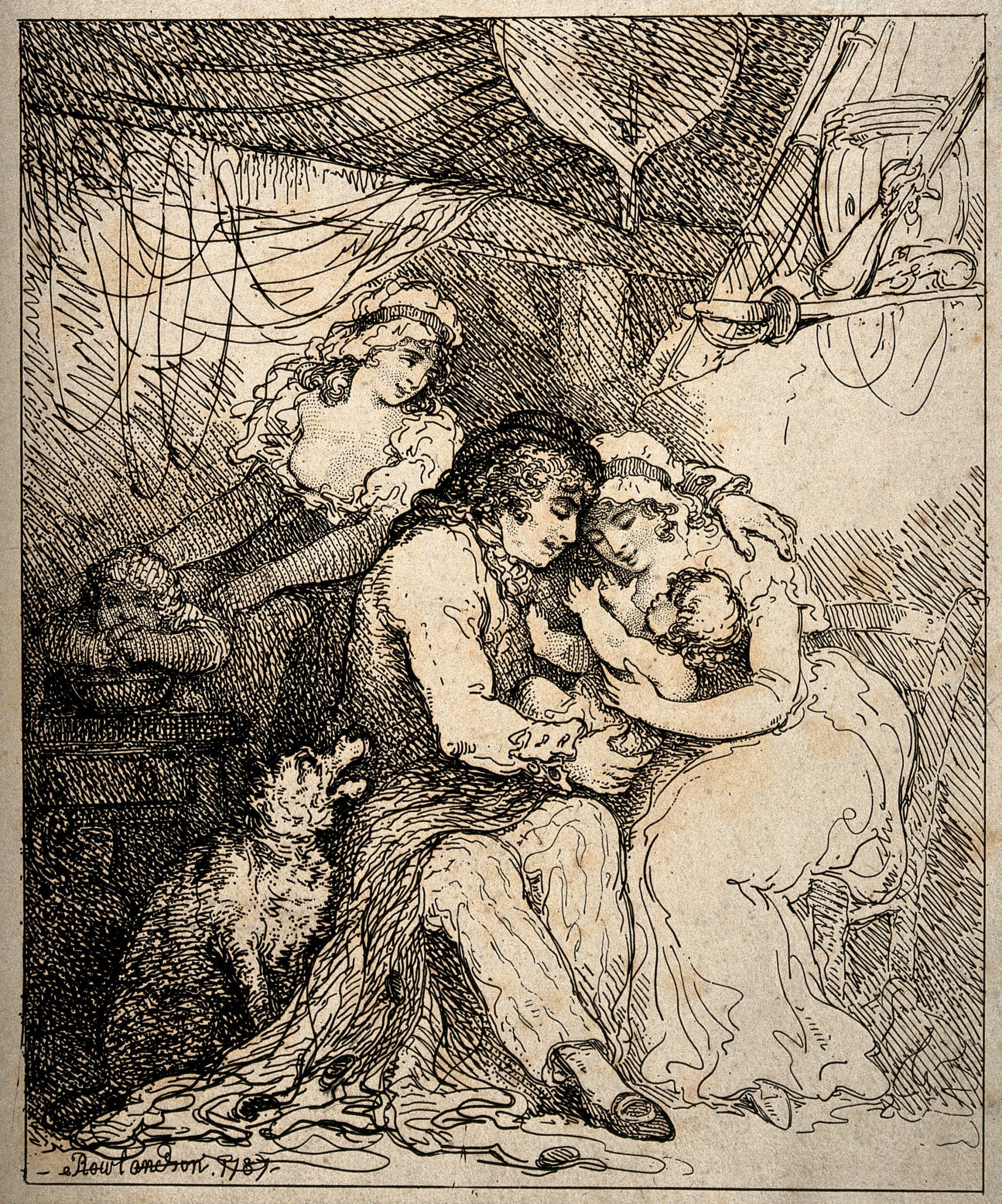 Etching by Thomas Rowlandson (1787) depicting a couple with their new-born baby. Credit: Wellcome Collection (CC by 4.0)

Today we may all be devoted to the pursuit of happiness and, given the complex nature of the term, it is entirely natural that so much of historians’ labour should have been spent tracing the evolution of these concepts within the canon of western thought.  At the same time, in as much as our notions of happiness, both past and present, have embodied those understandings of the ends of life by which we live, it becomes clear that the history of happiness, far from constituting a field of relative neglect, might already be at hand.  In histories of politics and of faith, of love and courtship, of pleasure, leisure and domesticity – it is here, as elsewhere, within the foundations of individual and social being, that something of the history of happiness resides.

This is not to say that happiness needs no history of its own.  On the contrary, the historical study of happiness offers the opportunity of approaching, with unusual clarity, not only the principles by which our society is governed, but also the mechanisms of power by which such principles are shaped, and the patterns of everyday life within which they are reproduced and enacted.  In the last decade, for example, much has been made of the renewed attention given by governments to the question of happiness as a means of both guiding policy and judging its relative success or failure.  Our capacity to smile, as much as our capacity to produce, or the size of our bank balance, has become the new yardstick by which governance might be measured. 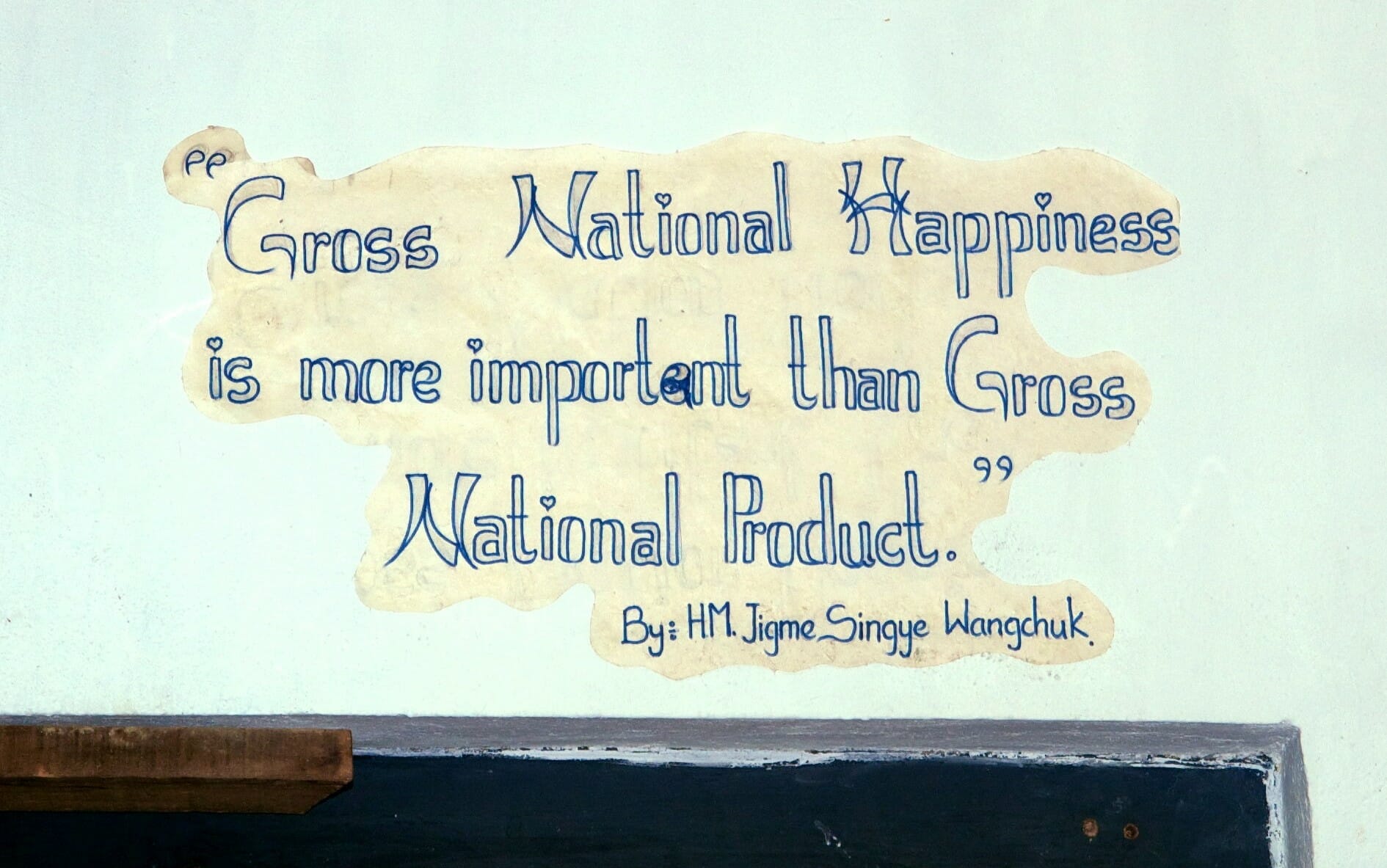 In 1972, the King of Bhutan, Jigme Singye Wangchuk coined the phrase ‘gross national happiness.’ Since then, politicians and policymakers around the world have sought to promote, measure, and monitor the happiness of their citizens.

This ‘well-being’ agenda is in turn tied to supposedly novel developments in the study of happiness, including ‘positive psychology’.  There is the promise of a new ‘science’ of happiness, one allowing for the precise measurement of happiness itself, and its administration as a form of ‘psychological tonic’ – a tonic promoting our individual and collective flourishing.  We stand, it seems, on the verge of a new age.