In ancient Greek culture ecstasy was a recognized experience – the Greeks gave us the word ekstasis, which means ‘standing outside’. You stand outside yourself, and a god goes into you. The Greeks called this mania or enthousiasmos, which literally means ‘having a god within you’. The god might bless you with supernatural gifts called charisma, like prophecy or incredible strength, but they might also curse you and destroy you, as the god Dionysus destroys King Pentheus in Euripides’ play The Bacchae. The Greeks had a rather wary attitude to ecstasy, but they understood you can’t ignore it or banish it.

Listen to a short podcast about ecstasy

In Christian culture, ecstasy likewise had a recognized place, although it was tightly policed by the medieval Church. It was risky to claim to have had an ecstatic encounter with God, the Virgin or some other divine entity. You might be mocked, locked up as mad, or condemned as a demoniac and even burned. Alternately, you might be recognized as a saint, and this could give you extraordinary authority. Joan of Arc became a female military leader thanks to her visions, while Norfolk housewife Margery Kempe felt empowered by her mystical visions to leave her husband, travel across Europe and write the first autobiography in English. It is this same kind of intense spiritual experience which was portrayed by the Renaissance painter Caravaggio in his famous depiction of Mary Magdalene in ecstasy. 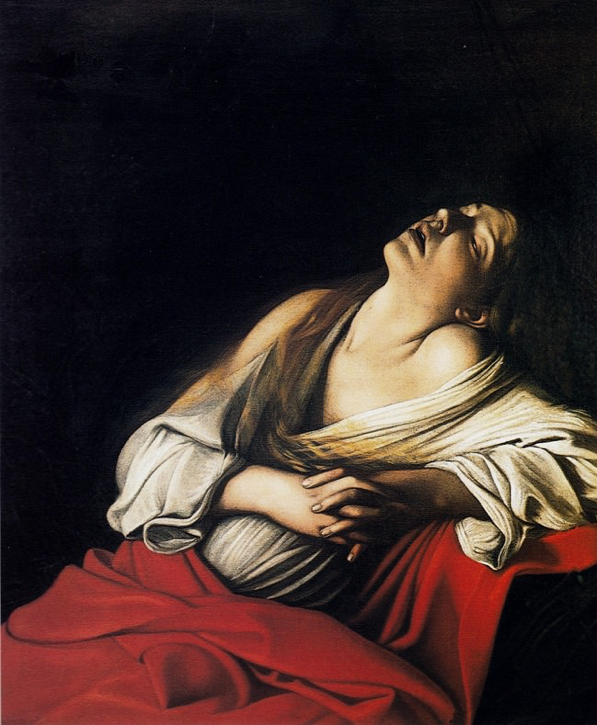 The emotional currents begin to shift in the Reformation, when mass ecstasy gets a bad name. As the authority of the Holy Roman Church breaks down, all kinds of mass ecstatic movements claim direct inspiration from the divine, which they use as a mandate for revolutionary activities. In the seventeenth century, materialist thinkers like Thomas Hobbes begin to attack the whole notion of religious ecstasy, which they dismiss as ‘enthusiasm’ – this now means ‘letting your imagination carry you away’, and is seen as politically and morally dangerous.

During the eighteenth century, religious ecstasy comes to be seen, by some Enlightenment philosophers at least, as ridiculous, ignorant, and indicative of a distinct lack of decorum. By the late nineteenth century, psychiatrists like Jean-Martin Charcot, whose students included Sigmund Freud, who argued that religious ecstasy and demonic possession were both really symptoms of a brain pathology they called ‘hysteria’.

The pathologisation of ecstasy – this new idea that it was a kind of mental illness – was intertwined with Europe’s history of imperialism, capitalism and patriarchy. It was often suggested that only primitive “savages”, or the working classes, or women would have minds weak enough to be carried away by ecstasy.

Throughout the twentieth and twenty-first centuries, ecstasy continued to be pathologized by mainstream psychology (Freud thought ecstasy was a form of infantile ego-regression) and later by materialist psychiatry. Today, if you told a psychiatrist you were in communication with God or a spirit, there is a good chance you would be diagnosed as suffering from a psychiatric disorder such as schizophrenia or bipolar disorder, requiring life-long medication. As a result, there is a taboo around discussing ecstatic experiences. 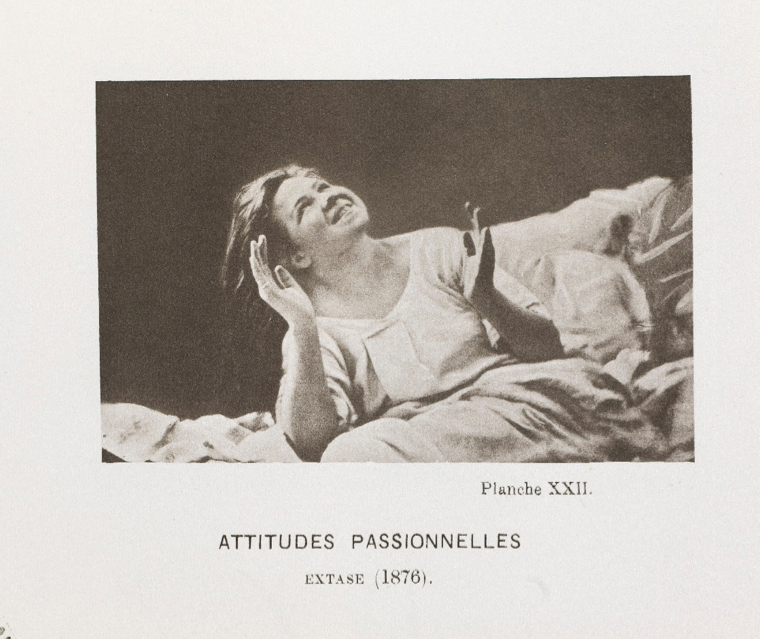 Ecstasy (extase in French) as one of the forms of hysteria in a work by Jean-Martin Charcot published in 1874. Wellcome Images.

The history sketched here is not the whole story, of course. There have been counter-currents in European culture since the Reformation, attempts to find a home for ecstatic experiences in the inhospitable terrain of European culture. Romanticism reformulated religious ecstasy for intellectuals, calling it ‘the Sublime’ and situating it in nature, galleries or museums, while Methodism, a popular and emotional movement within the Church of England, provided working-class people with an outlet for their ecstatic yearnings. Nationalist movements also provided a new sort of ecstasy, in which the object of worship was the state or its glorious leader.

But the largest revolt was in the 1960s, when there was an explosion of ecstatic practices back into western culture. Eastern practices like yoga, Hari Krishna, Zen and Vedanta were imported into the disenchanted west, and gave westerners new techniques and a new vocabulary for altered states of consciousness. Psychedelics such as LSD also gave ordinary people access to states of consciousness previously confined to ascetic virtuosos, now available in sex, rock and roll, experimental arts, radical politics.

This ecstatic revolution swept across university campuses, but only slightly affected academic discourse. Yet a handful of renegade intellectuals, throughout the nineteenth and twentieth centuries, revolted against the anti-ecstatic bias of academia and sought a more sympathetic account for ecstasy. The American philosopher and psychologist William James wrote perhaps the greatest work on the topic, The Varieties of Religious Experience, in 1902. Aldous Huxley also spent much of his life thinking about humans’ basic urge to self-transcendence, and all the many forms it can take, both healthy and toxic. A field of psychology has also grown up since the 1960s, called Transpersonal Psychology, which views ecstatic experiences as potentially natural, healthy and conducive to human flourishing. It has become more mainstream in the last decade, thanks to the rise of contemplative and psychedelic science.

Today we are more and more open to self-transcendence. According to Gallup, the number of people reporting a mystical experience in the United States has risen from 20% in 1960 to around 50% today. That’s unsurprising, when a growing number of people meditate or experiment with other spiritual practices. We have what Aldous Huxley predicted: a sort of mysticism for the masses, which has flowered largely outside traditional religious affiliations, and which looks instead to science, to the spiritual supermarket, to online forums, and to the authority of our own subjective experience.

Universities have an important role to play in helping people make sense of these experiences. Not all forms of self-transcendence are good for us. But, with proper understanding, they can bring us healing, meaning and connection. They point the way to a deeper and more mysterious reality beyond our ego-centric view, and understanding their history can tell us more about our own emotional lives.